Staff Sergeant Brett A. Benson distinguished himself by meritorious service as Communications Team Chief, Engineering and Installation Division, Al Udeid Air Base, Qatar from XXXXXXXXX to XXXXXXXXX. During this period, in support of Operations ENDURING FREEDOM and IRAQI FREEDOM, Sergeant Benson played a vital role in three separate projects within the USCENTCOM Area of Responsibility. He assisted in the installation, splicing and termination of over 40,000 feet of fiber optic and copper cable infrastructure under austere conditions. In addition, during this effort, he identified redundant requirements and reduced one project's estimated man hours by more than 5,400 hours, saving the Air Force an estimated 250 thousand dollars. Moreover, on his own initiative, he developed a spreadsheet and reference guide which detailed the locations for 8,570 pairs of copper cable. His outstanding efforts assisted team members in completing the projects in the most efficient and timely manner and greatly expanded information capabilities and provided vital network connectivity for each base allowing for superior support of their critical missions. The distinctive accomplishments of Sergeant Benson reflect credit upon himself, the Engineering and Installation Division and the United States Air Force. 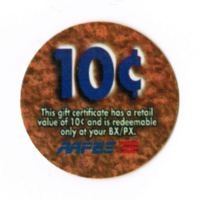