Technical Sergeant Jason L. Wilson distinguished himself by meritorious service while serving as U-2S Flightline Expediter, 9th Aircraft Maintenance Squadron, 9th Reconnaissance Wing, Beale Air Force Base, California, from XXXXXXXXX to XXXXXXXXXX. During this period, Sergeant Wilson was part of the U-2S Expediter section and his meticulous leadership of the day shift ensured accurate and mission ready aircraft take off times for the U-2 fleet at home station and expeditiously processed daily scheduled maintenance with a mission effectiveness rate of 94 percent. Additionally, while deployed, his assessment and replacement of a U-2S main landing gear tire on the active runway under "red ball" constraints guaranteed zero delays in the delivery of ISR to war fighters in Afghanistan. Finally, while supervising a mission for Homeland Security, Sergeant Wilson identified a fuel leak in the engine bay of a U-2S aircraft minutes before taxi which could have caused a catastrophic malfunction. He immediately shut down the engine and removed the pilot from the aircraft, preventing the loss of an aircraft or aircrew fatality. The distinctive accomplishments of Technical Sergeant Wilson reflect credit upon himself, the 9th Aircraft Maintenance Squadron, and the United States Air Force. 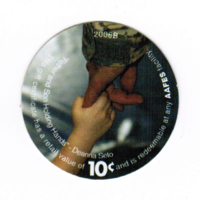