Senior Master Sergeant George R. Griffith distinguished himself in the performance of outstanding service to the United States as Superintendent of Detachment 7, Space and Missile Propulsion Division, Propulsion Directorate, Air Force Materiel Command, Edwards Air Force Base, California from XXXXXXXXX to XXXXXXXXXX. During this period, Sergeant Griffith's operations-honed experience and impeccable leadership were indispensible assets to site operations involving over 500 military, civilian and contractor personnel, and to the preparation for an Air Force Materiel Command Unit Compliance Inspection. In preparation for the inspection, he meticulously reviewed and evaluated 127 major command checklists for applicability, revised the site's munitions program, and injected Quality Assurance into all procedures and reviews to ensure future compliance. His efforts improved the logistics program from a grade of marginal to "best seen in AFRL to date" by the Inspector General. Additionally, during an Upper Stage Engine Technology hydrogen flow test, Sergeant Griffith identified and mitigated a "showstopper" in the control system software that could have quickly led to the catastrophic failure of a three million dollar advanced turbopump and termination of the 130 million dollar engine development program. Finally, through intrusive mentoring and leadership, he focused the site's enlisted force on the rocket propulsion mission, ensuring effective support for over 100 research and development programs and enabling the flawless execution of over 40 tests per year at the 2.5 billion dollar complex. The singularly distinctive accomplishments of Senior Master Sergeant Griffith reflect great credit upon himself, Air Force Materiel Command and the United States Air Force.

Master Sergeant Cody A. Russel distinguished himself in the performance of outstanding service to the United States as Group Vehicle Fleet Manager and Superintendent, 746th Test Support Squadron, 46th Test Group, 46th Test Wing, Holloman Air Force Base, New Mexico from XXXXXXXXX to XXXXXXXXXX. During this period, Master Sergeant Russel managed the maintenance and operation of the 46th Test Group's fleet of 191 vehicles valued at $24.9 million. His diligent administration of the Test Group's General Services Administration fuel consumption program insured the Test Group was reimbursed for as much as $40,000 a year and his experience with vehicle operations enabled him to routinely negotiate the 49th Logistics Readiness Squadron's critical vehicle status to provide specialty vehicles for high visibility tests across the Test Group. Additionally, his management of the Test Group's vehicle fleet led to repeated "Outstanding" ratings from the Logistics Readiness Squadron and his program was lauded as one of the best in the 49th Wing. Finally, as the Squadron Security Manager he repeatedly guided the 746th Test Support Squadron through Group and Wing level inspections with zero findings. The singularly distinctive accomplishments of Master Sergeant Russel culminate a distinguished career in the service of his country and reflect great credit upon himself and the United States Air Force. 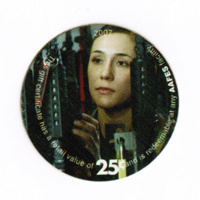