Back to Air Force Letter of Counseling

What improvement is expected

That continued violations of standards will result in more severe action

That the person who initiates the LOC, LOA, or LOR has 3 duty days to advise the individual of their final decision regarding any comments submitted by the individual

The document must include a Privacy Act statement. Written administrative counseling, admonitions, and reprimands are subject to the rules of access and protection as outlined in The Privacy Act of 1974. The same rules apply to any copies kept by supervisors or in the individual's UIF or Personnel Information File (PIF).

The format isn't as important as the documenting of improper behavior. Although failure to include all the information required above could technically prevent the use of the document as support for further, more severe actions, I have never seen a document disallowed because of it. In real life, supervisors with enough balls to recognize, correct, and document bad behavior are relatively rare. Most of us tend to look the other way as long as possible. We don't want to write up our "friends" or subordinates. We often force our Senior NCOs to assume more responsibility for managing or disciplining our troops than we should. So, on those rare occasions when a supervisor does meet his or her management responsibility, their actions, even if poorly documented, will generally be welcomed and supported by the First Sergeant and the CSS. The important thing is your signature and your willingness to live up to your responsibilities as a supervisor.

First Sergeant/MSgt Mike Lane has kindly provided the following MS Word template (shown below) and references for use in preparing counseling letters.

Derogatory Statements for Letters of Counseling, Admonition, and Reprimand

The Military Commander and the Law, a comprehensive reference 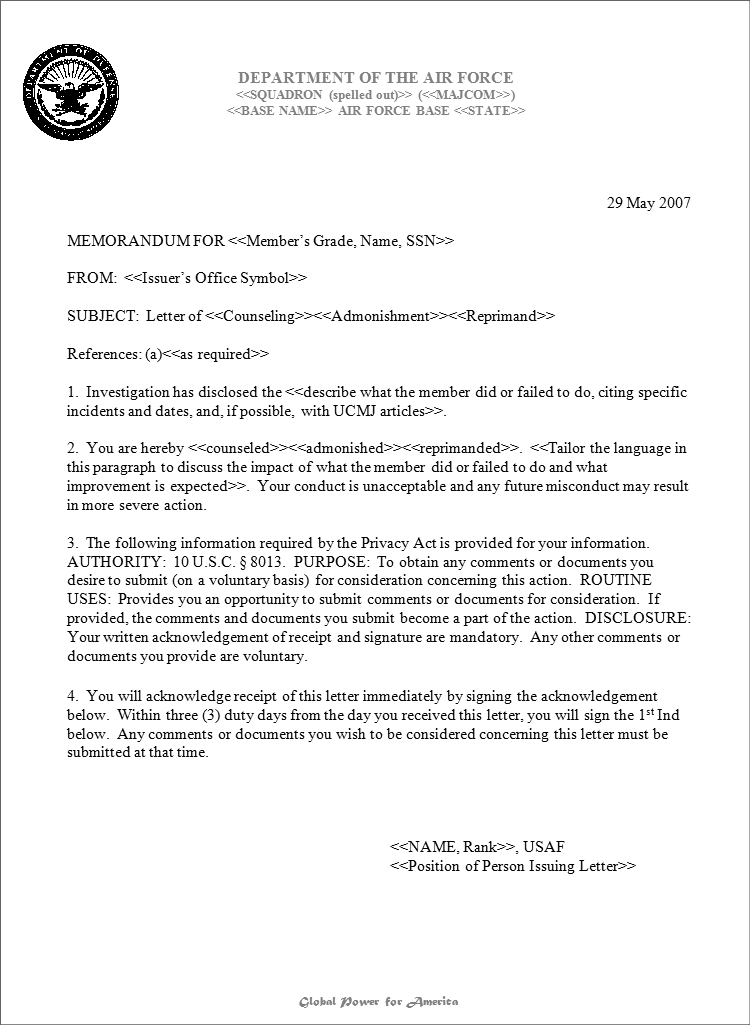 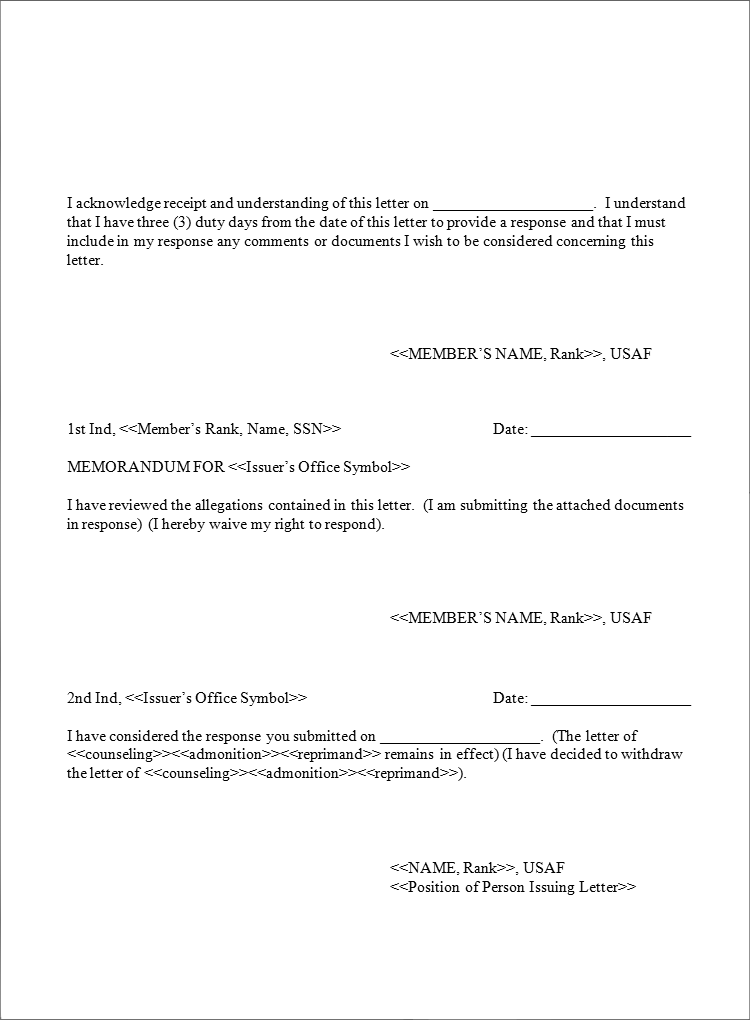 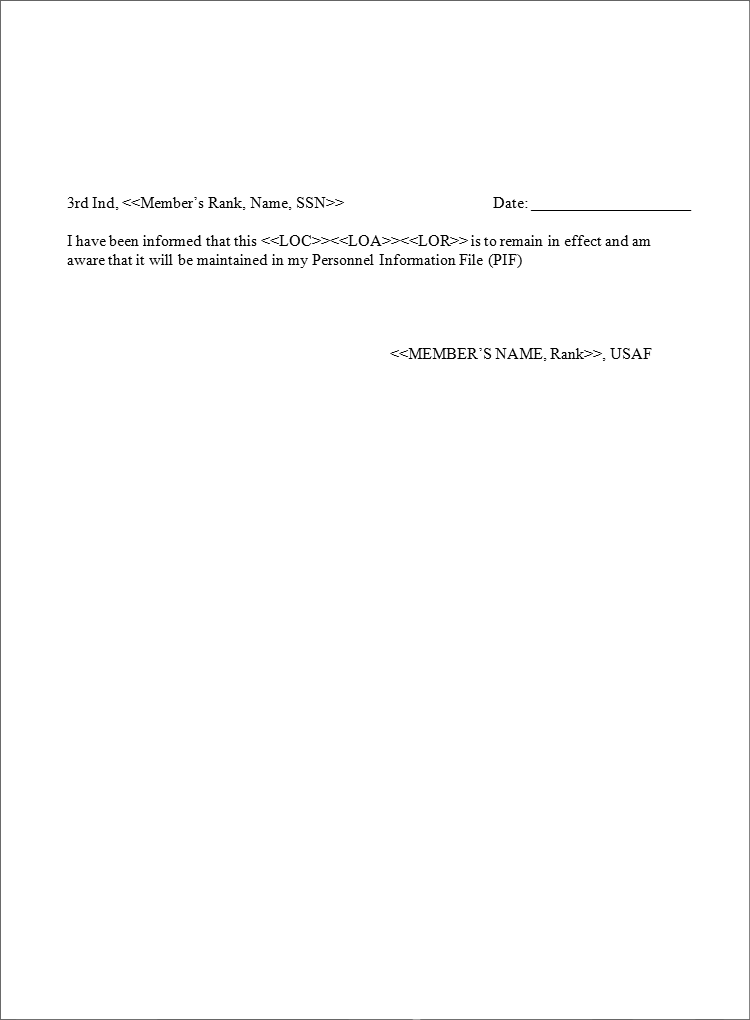